COVID-19: Excitement, nervousness as Nova Scotia students head back to the classroom

It’s been a tumultuous time for students in Nova Scotia as they try to adapt to the many changes their schools have seen in the last couple of months.

In late April, the government shut down all schools in the province as it grappled with skyrocketing cases of COVID-19. In mid-May, the province said that schools would remain closed and students would finish out the rest of their year online.

Then, on Friday, Premier Iain Rankin announced that all students outside the Halifax and Sydney regions could return to in-person learning, starting Wednesday, due to the declining number of new COVID-19 cases.

Three days later, Rankin announced students in the Halifax and Sydney regions could return to school this Thursday.

That came as welcome news to 16-year-old Mia Williams, a student at Island View High School in Eastern Passage, who’s missed seeing her friends and teachers over the last month.

“To go back to a more normal time, I guess, and to put some more normality into it and having a schedule feels awesome to me,” she said in an interview.

“I think it will be good to see everyone’s faces – not their screens – so I’m very excited for a change in scenery, for sure.” 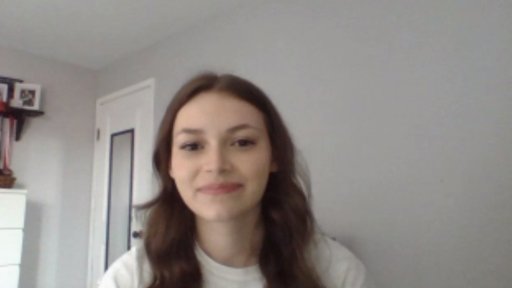 Williams said she learns more easily in-person, and being in school means she can ask questions about assignments and schoolwork more easily.

As a Grade 11 student, Williams has had two of her high school years disrupted by the pandemic. She’s hopeful that her final year of school will be a bit more predictable.

“Where next year I’m graduating, I just hope everything can go back to normal so that I can have graduation and a prom and all that kind of stuff,” she said. “I’m honestly super pumped that we’re going in the right direction and going back to school in-person.”

For fellow Island View student Luke Ruelland, the last two years have been “a little odd, to say the very least.”

“Human connection would probably be one of the hardest points,” he said. “I know me, personally, I’m missing a lot of my friends and haven’t really had the opportunity to see them in-person.

“Thank God for things like Facetime and social-distanced visits, but it’s just not the same as being up close and personal with your buds.”

Ruelland said he wasn’t expecting being told that they could go back, so it came as a welcome surprise. But he said he was concerned about students who might feel a little lost when they come back. 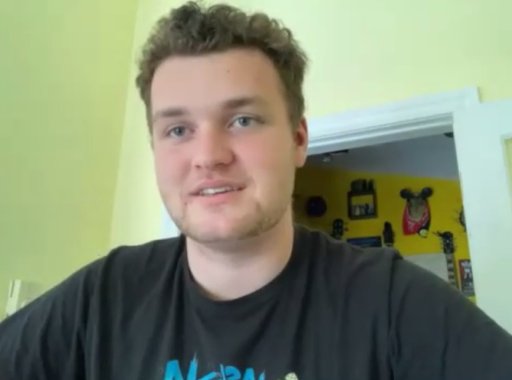 Luke Ruelland says the most difficult part of at-home learning has been not being able to see his friends.

“There’s a lot of positives and negatives to going back into the classroom. From a social perspective, it’s awesome,” he said.

“But from an academic perspective, I know a lot of students … that weren’t really following along with online learning that are going to definitely feel it going back into the school.”

Sydney Marnitz, a Grade 11 student at Citadel High School, had mixed feelings about the return to in-person learning.

While case number are on the decline, Marnitz said she had some safety concerns. As a large school with more than 1,000 students, she said it can be tough to physically distance at times.

“There are students in my classes that do not necessarily wear their masks properly, even though they’re supposed to,” she said. “And that’s not really a fun thing to be in class, and following the rules, but maybe somebody else [is not.]”

She also noted that high school students will only have a few days back in class before they need to do their exams.

“I don’t really know how I feel for going back to school for only seven days and then having exams, I’m kind of stressed about that,” she said.

“Since I’m already used to being at home and doing everything online, it’s kind of hard to go back to school and only have seven days to get back into it.” 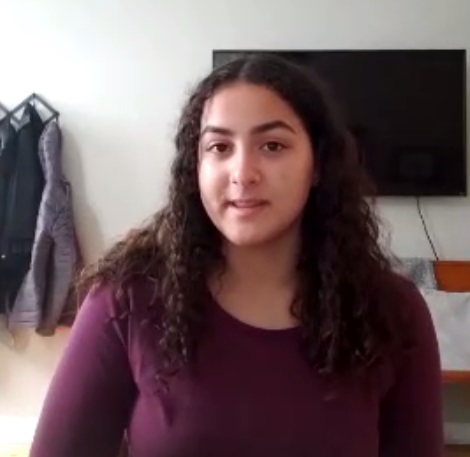 Sydney Marnitz says the back-and-forth of in-person and online learning has been confusing.

The back-and-forth of closing and reopening announcements have been a bit confusing as well, she said.

“You never really know what’s going to happen the next day. Like, we’ve already been told that we are finishing the year online, but now we’re going back on Thursday, so it’s just all over the place,” she said.

“And I think that’s stressful. It’s hard for me to organize my thoughts with that.”

Ruelland agreed. “I understand that’s gotta be hard for everyone, including the government, to know what to do, but it’s very confusing at times,” he said.

While Williams also said the frequently-changing restrictions have been confusing and “nerve-wracking,” she’s hopeful this will be the last big change of the year.

“I think we are looking in the positive direction, now that vaccines are coming out and our age group can get vaccines,” she said. “So, fingers crossed that this will be the last time we’re switching back-and-forth.”

— With files from Alexa MacLean

Pulisic ‘proud’ of ‘inspirational’ young USMNT talent in Europe
Open Post: Hosted By Ava Max Not Being Able To Name One Elton John Song After Claiming She Loves Him