The Last Kingdom Season 5: Netflix Release Date & Everything We Know So Far 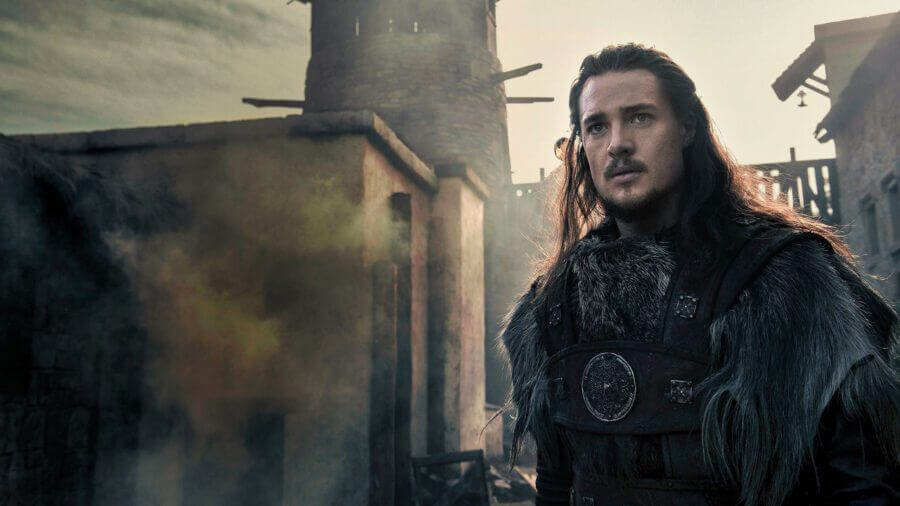 The Last Kingdom Season 5 is happening but will officially be the final season of the history drama. That means our time with Uhtred of Beb banburg around Anglo-Saxon England is soon coming to an end. Here’s everything we know so far as of September 2021 about the fifth and final season of Netflix’s The Last Kingdom.

The Last Kingdom is a Netflix Original historical-fiction drama, based on The Saxon Stories by author Bernard Cornwell. The series was once a co-production between the British broadcaster BBC and Netflix, but since the third season, the series production has been entirely handled by Netflix.

While Netflix has never released viewing figures for the series, season 4 was added to Netflix at a time where Netflix top 10s were available. In total, the series spent 25 days in the UK top 10 and 20 days in the US top 10.

Everything we know about The Last Kingdom season 5

Has Netflix renewed The Last Kingdom for a fifth season?

The Last Kingdom has officially been renewed for its fifth season on Netflix but with the caveat that it will be the show’s last. We’ll come onto this more in a second but anyone who knows the source material for The Last Kingdom will know how much content from the books won’t get to be covered.

“We are really proud of The Last Kingdom, which continues to entertain audiences all over the world. We had such a tremendous response to the last season, so are thrilled to be bringing it back for a fifth and final season on Netflix. With such a loyal fanbase, we’re excited to give viewers a chance to follow Uhtred on the next stage of his epic quest, where not everyone survives.”

“I love this job. Playing Uhtred for 5 seasons has been a wonderful journey. And I’m truly grateful to have been given the opportunity to direct. In doing so, I came to fully appreciate the spectacular talent and skill of our cast and crew even more. I can’t wait to share it with our fans, without whom none of this would be possible.”

Where is The Last Kingdom season 5 in production and when will it release on Netflix?

According to The Last Kingdom star Alexander Dreymon, filming was scheduled to begin in 2020. The cast and crew will be working under strict restrictions due to COVID-19.

Numerous production reports stated that production was due to start around November 2020 at Korda Studios in Hungary.

With that said, we didn’t get any kind of official confirmation the show was in production until April 2021 when a short video was posted to The Last Kingdom‘s YouTube channel going through

An unofficial fan convention has been planned by Sasnak City and will take place at the National WWI Museum and Memorial in Kansas City, Missouri

The convention featured some of the cast of The Last Kingdom, including those who are still involved in the series such as Mark Rowley (Finan) and Emily Cox (Brida). The convention took place in August 2021.

Since filming began, we’ve also seen a couple of photos of the ongoing production of The Last Kingdom season 5.

The Instagram fan account thelastkingdomactors recently shared some photos of the production that has taken place at Blackhall Beach in the UK.

On April 21st, Ian Cooper of the Teeside Gazette, the local newspaper of Middlesborough, a town located in the North East of England posted that filming was taking place for the series on Blackhall Beach. There are a total of 28 photos of filming that took place, with actress Eva Birthistle returning as Hild and The Witcher actor Ossian Perret reprising his role of Wihtgar.

With a series like The Last Kingdom, every aspect of the production is an incredibly lengthy process.

Jon East on June 18th, 2021 suggested that filming was close to wrapping as they were shooting episode 10 of the series.

Then, on June 22nd, 2021 Jon East posted that The Last Kingdom was in “the digital can” which refers to it heading off to post-production.

Given the show has wrapped filming in late June 2021 we could see season 5 of The Last Kingdom squeeze into 2021 but our instinct tells us it won’t be until early 2022.

The Last Kingdom season 5: What to expect from the story

Uhtred to be torn between loyalty and love

In the fourth season, we finally got to see Uhtred interact with his children far more than in any of the previous seasons. Both his children, Uhtred the Young and Stiorra have inherited traits from their father such as his stubbornness, and the desire to follow their own path.

To negotiate peace between the Danes and Saxons, Stiorra was happy to be used as the bargaining chip and chose to join Sigtrygger and go to Eoferwic. Meanwhile, her brother Uhtred the Young has decided to continue his path with the church and will continue his studies. 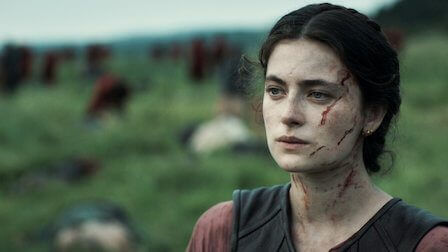 Now that East Anglia is under the control of Wessex and Mercia, Northumbria is the last kingdom to be held by the Danes. Despite the truce, it won’t last as Edward and Aethelflaed want to fulfill their father’s ambition of a unified England.

Eoferwic is in Dane territory, which means if Mercia and Wessex were to go into conflict, Stiorra will be in danger. So what will Uhtred decide? Will he fight for the woman he loves, Aetheflaed, or will he side with his daughter Stiorra and the Danes?

Will Uhtred attempt to retake Bebbanburg?

Fate continued to deny Uhtred from reclaiming his ancestral home of Bebbanburg after his failed attempt at securing the fort. Uhtred’s cousin, Whitgar, is now the lord of Bebbanburg after killing his own father during Uhtred’s attack, and in the process killed Father Beocca.

Regardless of how Uhtred felt after his failed assault, he will want revenge upon his cousin for the death of Father Beocca. Whitgar has also made it clear that he won’t allow anyone who can lay claim to Bebbanburg to be left alive, which means he may go after Uhtred’s family to draw him out into the open. 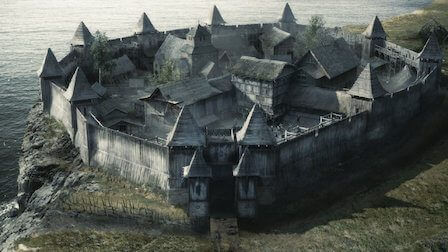 Will there be another time skip for season 5?

Like we predicted for the fourth season, we’re also expecting to see another time skip for The Last Kingdom season 5. We’re not expecting many of the characters to alter their appearances too much, but the largest change will be between King Edward’s sons Aethalsten and Aelfweard, who will require new actors to reflect their growth.

The scheming and ambitious ealdorman, Aethelhelm the Elder, wishes to see his grandson, the second-born son of King Edward, Aelfweard, take the crown upon his father’s death. Unfortunately for Aethelhelm, King Edward’s mother, Aelswith plots to see her eldest grandson, Aethalstan, on the throne instead.

Sadly, it doesn’t look like Aelswith has much longer to live after being poisoned by Aethelhelm during the siege of Winchester. Even if she were to make a recovery, it’s likely Aethelhelm will find a way to dispose of his political opponent and ensure that Aethalstan does not have a strong ally in court when Edward eventually dies.

If Aethelhem’s schemes are discovered, it could have disastrous repercussions for him and his family. 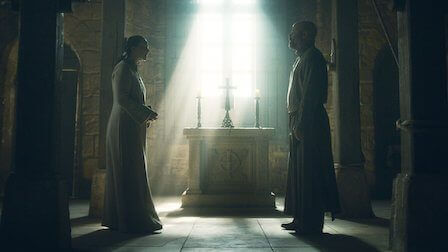 New threats from the North and East?

The Danes have lost a huge amount of territory to the Saxons, so it wouldn’t be surprising to see more Danes arrive from abroad to try and reclaim lost land. Brida, who was last seen giving birth to her baby, still wants revenge on Uhtred and the Saxons. Vengeful, and full of pride, Brida is likely to surface again, and maybe with another army behind her. There’s also the matter of Haesten surviving the siege of Winchester, and the slippery snake is bound to find his way into the inner circle of some Danish lord.

As for the North, the Scots have begun turning their attention southward. The Danes may be willing to give up land in the North if it means reclaiming control of East Anglia and potentially conquering Mercia and Wessex once and for all. 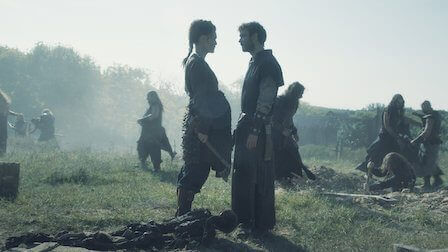 What books will The Last Kingdom season 5 cover?

The fourth season continued the trend that we noticed from the previous seasons of The Last Kingdom, that being each season covers roughly the events of two books from The Saxon Stories novels. Season 4 covered the events of The Pagan Lord and The Empty Throne.

With each passing season, the series deviates from the novels more and more, but upon researching the plot of the books there is still major story beats that the series continues to follow. Such discussions like Uhtred’s age aren’t discussed as extensively in the series as it is in the novels, to which, by the events of the fourth season, in the books, Uhtred is over 50 years old.

While discussing the upcoming season with RadioTimes, Alexander Dreymon discussed the challenge the production team has with an aging Uhtred.

“We’re faced with that problem now, getting into season 5 where Uhtred is technically… I think he starts at 54 and ends up at 60 in the books. That’s a problem right now because how do we make it look like Uhtred has aged without it looking comical? We’re working on it.”

The fifth season of The Last Kingdom will cover the events of the ninth and tenth novels, Warriors of the Storm and The Flame Bearer.

Season 5 will cover the events from at least three books of The Saxon Stories: Copyright – HarperCollins

What books are left to cover?

If The Last Kingdom wasn’t ending after five seasons, we would have expected there to be a total of seven seasons:

It’s highly possible that the last season of The Last Kingdom may cover the events of five novels. If it is psychically impossible for the production to do so, then we may see the biggest deviation from the novels yet and find an end to Uhtred’s story through the tenth novel.

Let’s just hope Uhtred gets a deserved ending, and we aren’t left with a series with a story left unfinished.

It has been reported that Ewan Horrocks has joined the cast of season 5, and will play a recurring role in the final season of the drama. The Domina actor will portray the role of Aelfweard. 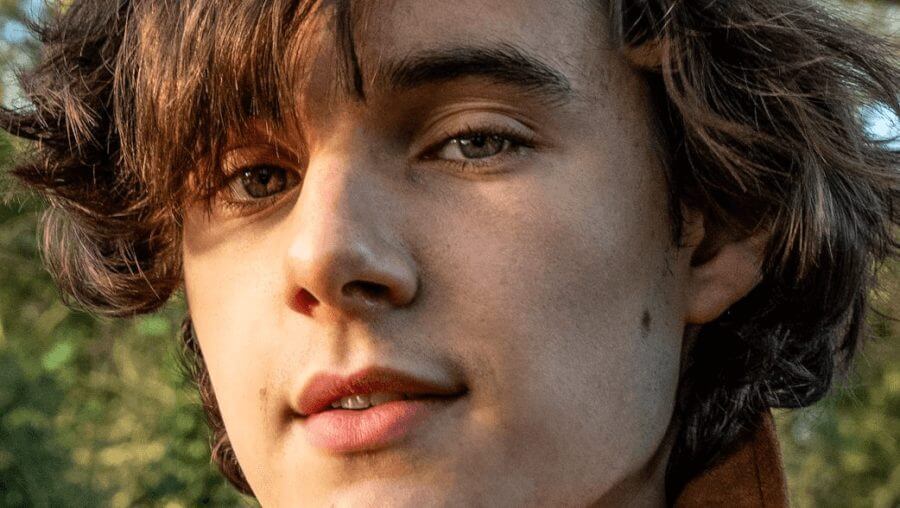 In addition, Ryan Quarmby, Phia Saban and Harry Gilby have joined the cast.

Another new character that has been teased is Bresal. 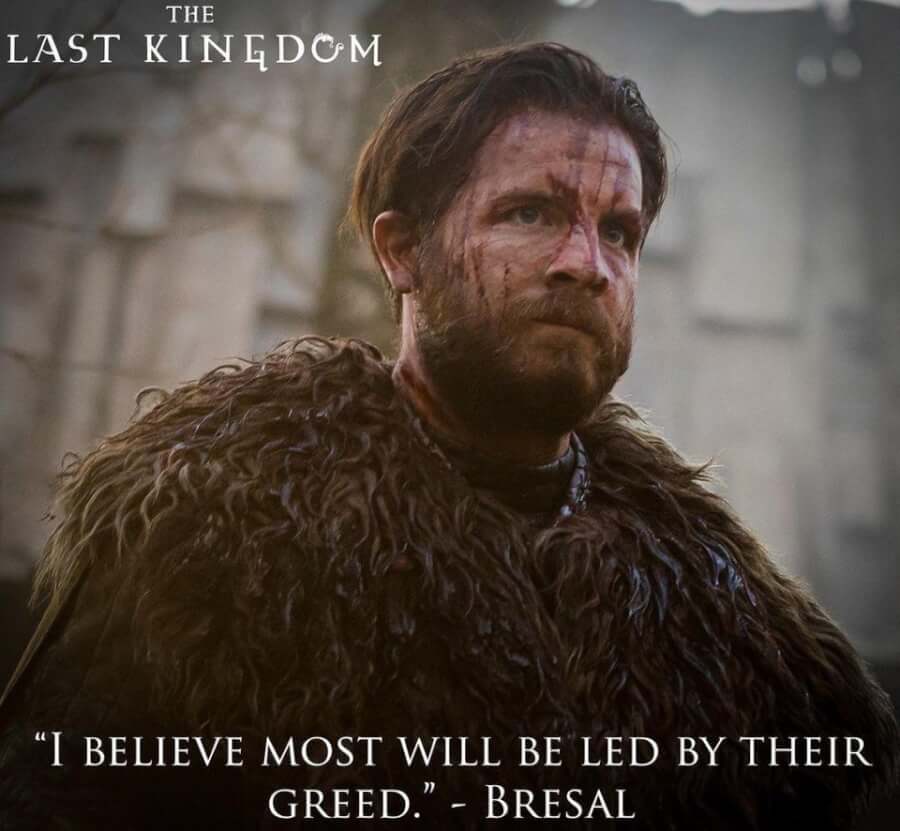 How many episodes can we expect from the fifth season of The Last Kingdom?

It has been confirmed that the final season will be released with a total of ten episodes.

Are you looking forward to the fifth and final season of The Last Kingdom on Netflix? Let us know in the comments below! One of the best ways (other than by bookmarking What’s on Netflix) to keep up with the shows updates is via the official Facebook page for the show.

News
The “Nevermind” Baby Is Suing Nirvana Claiming The Album Art Is Child...
0
2