Generation 6 of the Opel Corsa. The compact is now available with a gasoline or diesel engine, and soon to boast an electric model. Since its debut in 1982, almost 14 million Corsas have been sold.

With the all-new, sixth-generation Corsa, Opel is offering for the first time a battery-electric version of the bestseller with a range of 330 kilometers (WLTP, provisional figure) (205 miles): the Corsa-e. 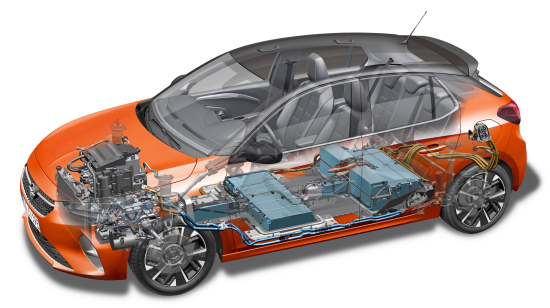 Opel chose the brand’s most popular model to bring electric mobility out of its niche-existence. More than 13.6 million units of the Corsa have been produced since the world premiere in 1982. The order books for the sixth-generation Corsa will open in a few weeks, beginning with the Corsa-e, followed by the diesel and gasoline versions. 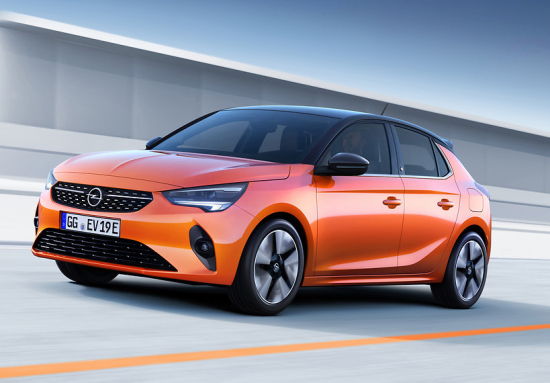 The 50 kWh battery can be fast-charged to 80% of its capacity in 30 minutes. The Corsa-e is prepared for multiple charging options—via cable, wall box or high-speed charging—and the battery is covered by an eight-year warranty. The state-of-charge can be checked with the “myOpel” app so that charging times and costs can be optimized at all times.

The driver can choose from three driving modes: Normal, Eco and Sport. Sport increases responsiveness and driving dynamics, with a moderate loss of driving range. In Eco mode, the Corsa-e increases the range.

How big is an Opel Corsa?

The electric model is called Corsa-e and has a boot capacity of 267* liters. Because of its exterior size and length of 4060 mm, we classify the Opel Corsa in the category of small cars.

What is an Opel Corsa?

The Opel Corsa is a supermini car engineered and produced by the German automobile manufacturer Opel since 1982. It has been sold under a variety of other brands (most notably Vauxhall, Chevrolet, and Holden) and also spawned various other derivatives.

How many Corsas have been sold?

Since its debut in 1982, almost 14 million Corsas have been sold.

Scroll back to top