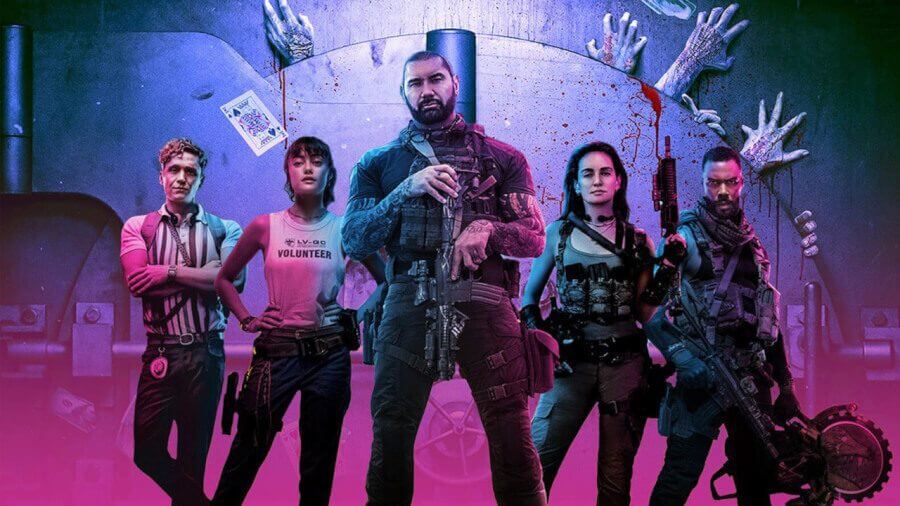 Army of the Dead – Picture: Netflix

As Netflix announced that Army of the Dead is on track to enter the top 10 most-watched movies of all time (at least from the announced stats), we thought we’d take a dive into how well the movie is performing on Netflix’s various top 10 lists with the help from our friends at FlixPatrol.

OK, quick recap before we dig into the top 10 data. Zack Snyder’s Army of the Dead debuted on Netflix on May 21st, 2021. It kicks off Netflix’s big summer 2021 movie schedule. It’s a spiritual successor to Dawn of the Dead from 2004 that Snyder created although it’s very different in scope and tone.

It wasn’t a perfect movie by any stretch, we’ve published our criticisms of the movie and the review scores also reflect the split in opinions too.

The movie also comes out in the same year that HBO Max debuted Zack Snyder’s Justice League which is a remake of the 2017 film that left audiences and critics disappointed after Snyder had to leave the project due to external circumstances. Warner Brothers have yet to release any stats for Justice League apart from vague statements about it doing well.

Now before we get into the top 10 data, we must just point out that top 10 data is only one part of the puzzle when it comes to finding out what’s hot on Netflix. It doesn’t provide figures on how many people are watching rather ranking what people are watching in order. With that, there are inherent flaws but still fun to dig in.

As we mentioned, using Netflix’s 2-minute stat, it was announced on May 28th the movie is on course to hit 72 million hits which would place it 9th on the top 10 movies list. This could still be adjusted up or down after the first 28 days are up.

72 million households are betting on dead.

ARMY OF THE DEAD has been the #1 film around the world and is projected to be one of Netflix’s most popular films ever in its first 4 weeks. pic.twitter.com/85foTPFAny

According to FlixPatrol, Army of the Dead has had the single biggest first-day debut on Netflix since the addition of the top 10s back in March 2020. It scored 818 points on the classic scale they use which is above Outside the Wire‘s 795 points. On the adjusted scale (read more about that on the bottom of the FlixPatrol chart), it narrowly beat out Enola Holmes with 489 points to 488.

We’ll have to update this stat after the first month but the movie is currently 43rd on the first-month chart for Netflix too beating out The Midnight Sky (which also had 72 million hits).

The movie beat FlixPatrol’s biggest streak record previously held by Enola Holmes. It managed to top the top 10s around the world for 5 days in 82 countries that FlixPatrol monitors.

As of June 2nd, the movie is still at the top of the global top 50 charts and we’ll keep this updated with any and all additional records broken.

As for whether it’ll break the first month’s records is yet to be seen. We’ll be sure to update you once we know the results!